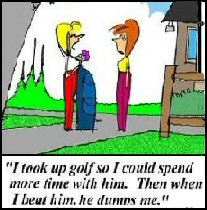 Long ago when women cursed and beat the ground with sticks, it was called witchcraft.  Today, they called it golf.

Amusing Things You Will Never Hear a Woman Say About Golf

A foursome of ladies came back after a round of golf. At the 19th hole in the Clubhouse, the Pro, Ross, politely asked them, ‘How did your game go?’

The first said she had a good round with 25 riders. The second said she did OK with 16 riders. The third said not too bad since I had 10 riders. The fourth was disappointed and said that she played badly with only two riders.

Ross was confounded by this term “rider” but not wanting to show his ignorance just smiled and wish them better golf the next time.

He then approached Jimmy, the bartender, and asked, ‘Hey, Jimmy, can you tell me what does this term “riders” mean?’

Jimmy smiled as he explained to Ross that a “rider” is when you have hit a shot long enough to take a ride on a golf cart.

Maria and Stephanie were selected to play together as partners in the Cams Hall Club tournament and met on the putting green for the first time. After introductions, Maria asked, ‘What’s your handicap?’

‘Really!’ exclaimed Maria, suitably impressed that she had been paired with Stephanie. 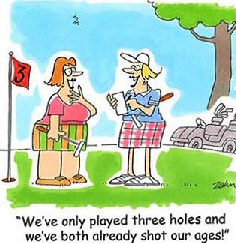 ‘Yes, I write down all my good scores and scratch out the bad ones,’ responded Stephanie with a smile.

Will and Guy’s Helpful Guide to Female Golfing Terms 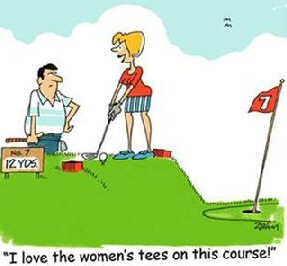 It was a sunny Saturday morning on the Crookhorn municipal golf course, England and I was beginning my pre-shot routine, visualising my upcoming shot, when a voice came over the clubhouse tannoy:
‘WOULD THE GENTLEMAN ON THE WOMAN’S TEE BACK UP TO THE MEN’S TEE PLEASE.’

I was still deep in my routine, seemingly impervious to the interruption. Again the announcement rang out louder’, Would the MAN on the WOMEN’S tee kindly back up to the men’s tee.’

I simply ignored the request and kept concentrating, when once more, the man yelled’, Would the man on the woman’s tee back up to the men’s tee, PLEASE.’

I finally stopped, turned, looked through the clubhouse window directly at the person with the microphone and shouted back’, Would the person in the clubhouse kindly stop shouting and let me play my second shot’ 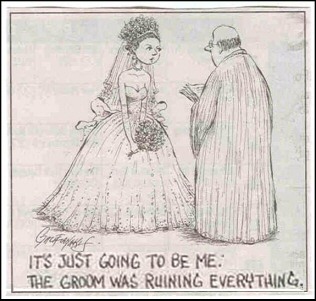 On a beautiful sunny Saturday afternoon, Rory stood on the first tee at Elmbridge Golf Club. He had just pulled out his driver when a young woman in a wedding dress came running up to him, crying.

She slaps him in the face, turns and runs away.

Rory turns to his golfing friend and says calmly, ‘I don’t know what her problem is. I distinctly told her only if it rained.’ 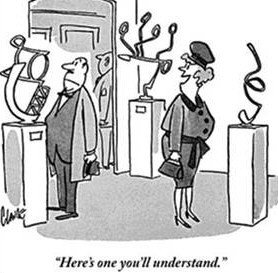 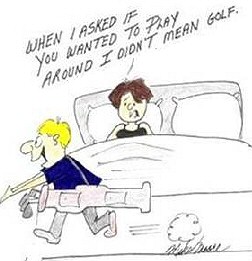 Ralph was a smooth operator, and at Southwick Golf Club’s annual dance he attached himself to the prettiest lady golfer in the room and began boasting to her.

‘You know,’ smarmed Ralph, ‘they’re all afraid to play me. What do you think my handicap is?’

‘Well, where do you want me to start, Ralph ?’  Came her quick response.

Nick was in big trouble when he forgot his wedding anniversary.  Molly, his wife told him, ‘Tomorrow there better be something in the driveway for me that goes from zero to 200 in 2 seconds flat.’

The next morning the wife found a small package in the driveway.  She opened it and found a brand new bathroom scale.

Funeral arrangements for Nick have been set for Saturday at his favourite golf course.

Alex and Jim are trying to get in a quick eighteen holes, but there are two terrible lady golfers in front of them hitting the ball everywhere but where it’s supposed to go.

Alex comments to Jim, ‘Why don’t you go over and ask if we can play through?’
Jim gets about halfway there, turns and comes back so Alex asks, ‘What’s wrong?’

Jim replies, ‘One of them is my wife, and the other is my mistress.’
Alex responds, ‘That could be a problem. I’ll go over and have a word.’

He gets about halfway there and he turns and comes back, too.
So Jim says ,’What’s wrong?’

The Golfer and the Pretty Woman 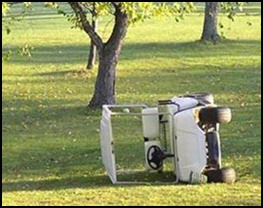 A Golfer accidentally overturned his cart.

Kerry, a ‘beautiful’ golfer who lived in a villa on the golf course heard the noise and yelled over to him. ‘Hey, are you okay, what’s your name?’

Wayne, forget your troubles. Come to my villa, rest up and I’ll help you get the cart up later.’

‘That’s mmmmighty nice of you,’ Wayne stammered, but I don’t think my wife would like it.’

Aw come on,’ Kerry implored. She was very pretty and persuasive.

‘Well okay,’ Wayne finally agreed, then added, ‘bbb..bbut my wife won’t like it.’

After a hearty drink and driving and putting lessons, Wayne thanked his host, ‘I feel a lot better now, but I know my wife is going to be really upset.’

‘Don’t be silly,’ Kerry said with a smile, ‘she won’t know anything. By the way, where is she?’

Keep Your Head Down
The reason the golf pro tells you to keep your head down is so you can’t see him laughing.  -Phyllis Diller

Martin Goes to the Dentist

Martin and his wife Debbie walk into a dentist’s office.  Martin says to the dentist, “Doc, I’m in one heck of a hurry I have three buddies sitting out in my car waiting for us to play golf, so forget about the anaesthetic, I don’t have time for the gums to get numb. I just want you to pull the tooth, and be done with it! Today is Friday and we have a 10:00 AM tee time at the best golf course in town and it’s 9:15 already… “.

The dentist thought to himself, “My goodness, this is surely a very brave man asking to have a tooth pulled without using anything to kill the pain.” So the dentist asks Martin, “Which tooth is it sir?”

Martin turned to his wife and said, “Open your mouth and show him.

An Amusing and True Golf Tale

The ante natal clinic at St Mary’s Hospital, Trafford, Manchester, England, was full of pregnant women accompanied by their partners and the class was in full swing.

Mrs Sally Mackintosh, Midwife, was teaching the women how to breathe properly and was telling the men how to give the necessary assurance to their partners at this stage of the pregnancy.

She lectured, ‘Ladies, remember that exercise is good for you. Walking is especially beneficial. It strengthens the pelvic muscles and will make delivery that much easier.’

Sally gazed around slowly and studied the men in the room, ‘And gentlemen, remember; you’re in this together, it wouldn’t hurt you to go walking with her.’

The room became very quiet as the men absorbed this information. Then Graham, a prospective Dad, at the back of the room, slowly and nervously raised his hand.

‘I was just wondering,’ stumbled Graham, ‘ Would it be all right if she carries a golf bag while we walk?’ 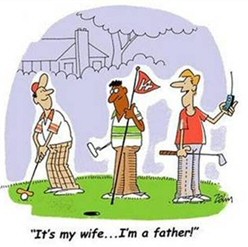